NASL prizes
The main role of the NASL is to promote the scientific work carried out by its members in the field of hepatology. The instruments available to the Board in this connection include various awards and prizes. For instance, there are the Young Hepatologist Awards for junior researchers who have published the best article about either a basic scientific investigation or a clinical investigation that involves a hepatological topic. The NASL also has a prize for more established researchers who have already developed into independent researchers and who still have a significant part of their academic career ahead of them. At the Spring and Autumn meetings, additional prizes are awarded for the best hepatological abstract and for the best poster presentation.

Young Hepatologist Award Winners
The year cited refers to the year in which the award was won. In most cases, the prize-winning article in question would have been published in the preceding year.

Conditions NASL Distinguished Hepatology Award
The NASL’s Distinguished Hepatology Award is awarded every three years. This scientific prize for ‘mid-career’ professionals is awarded on the basis of factors such as publications, significance to the field, etc.
The aim of this award is to provide a boost to the candidate’s research. The publicity surrounding this prize (1) increases the public visibility of the research in question, while (2) generating recognition of the quality of the candidate’s research. The prize includes a certificate and a sum of €7,500.
If you are nominating a candidate, you are expected to submit a note (of no more than 250 words) outlining the importance of the research in question and of the candidate’s contribution in the area of liver diseases. A call is published in the ‘LEVER’ journal every three years. Please submit the names of potential nominees via secretariaat@nvh.nl.  Candidates may nominate themselves, but they can also be nominated by others. The NASL’s Board will select the candidates, and will appoint an independent, ad-hoc, advisory committee for this purpose. The prize will be awarded during the meeting at Veldhoven.

Criteria:
While there is no age limit, this is clearly a ‘mid-career’ prize. This means the prize will go to an independent researcher, for whom we have high hopes for the future.
The candidate will have published several articles (as last author) in prestigious journals, on hepatological subjects. They will also have made a clear contribution to basic scientific research and/or clinical research in hepatology in the Netherlands.
The applicant shall provide a curriculum vitae that includes a list of publications and the names of two referees from whom information can be obtained.
Only those who have been members of the NASL for more than a year are eligible for this prize.

Conditions NASL prizes for junior researchers
DEGH abstract prize
All abstracts for the Spring meeting that are intended for the Dutch Experimental Gastroenterology and Hepatology meeting (usually held in the Baroniezaal) will be assessed by a committee, typically consisting of around 7 to 8 members. The highest scoring gastroenterological and hepatological abstracts will be awarded a prize on behalf of the Experimental Gastroenterology Section or the NASL, respectively, of €500 and a certificate. Poster presentation €250

Conditions Young Hepatologist Award
If you have published a scientific article on the liver, do not have a PhD, and want to win a prize, pay careful attention. The NASL has established two prizes for the best scientific article written by a member who either does not have a PhD yet or who has just obtained one. The purpose of the NASL is to promote the scientific work carried out by its members. We feel it is very important for high-quality Dutch liver research to find its way into the top scientific journals. The NASL particularly wants to reward the effort involved, and to give it the recognition it deserves.  For this reason, it established two prizes in 2009. These prizes are intended for researchers who have not yet obtained a PhD and for post-docs who obtained their PhD no more than two years ago. You can participate if you have published an article as first author (or joint first author). The Board of the NASL selects three published articles from the submitted entries in “Lever van eigen bodem” (Homegrown liver). So if an article of yours has been accepted, make sure that it gets a mention here too. The three young researchers selected each have five minutes in which to present their articles at the Spring (basic scientific research) or Autumn meeting (clinical research). The Spring meeting of the NSGE’s Experimental Gastroenterology Section (EGS) has a parallel competition, involving three gastroenterological papers. Together, these six presentations are referred to as the ‘Battle’. Immediately after these presentations have been given, a specially appointed jury chooses the winner. The NASL’s Junior Clinical Researcher prize goes to the researcher who has published the best article in the area of clinical hepatology. (The articles are presented in ‘LEVER’  from June to June). The NASL’s Junior Basic Scientific Researcher prize goes to the best article in the area of basic scientific research. (The articles are presented in ‘LEVER’  from January to January).
To be eligible, researchers must be members of the NASL and the subject of their publication must relate to the liver, in the broadest sense of the term.
The NASL’s Young Hepatologist Awards consist of a certificate and a cash prize of €500. The prizes are awarded during the Spring (basal) or Autumn (clinical) meeting in Veldhoven.
Only the first author of the publication may participate. In the case of ‘joint first authors’, only one of the authors can compete for the prize. Participation is limited to junior researchers who obtained their PhD no more than two years ago and who were already members of the NASL when the article was published.  The period of ‘two years’ means two entire calendar years, calculated from the date on which the PhD was awarded. Candidates who obtained their PhD on 7/7/2018 may submit an article that was published in the calendar year of 2020.
The subject must relate to hepatology, in the broadest sense of the term. It is up to the jury to determine whether a publication is predominantly hepatological in nature.
The entrants themselves must decide whether they will be competing for the NASL’s Junior Basic Scientific Researcher prize or its Junior Clinical Researcher prize.
If the jury cannot reach a clear decision, then its chairperson has the deciding vote. 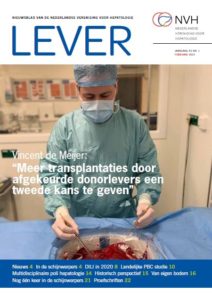 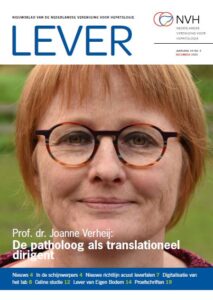 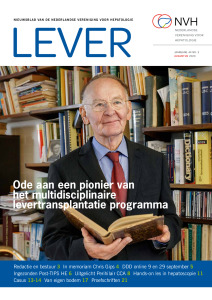